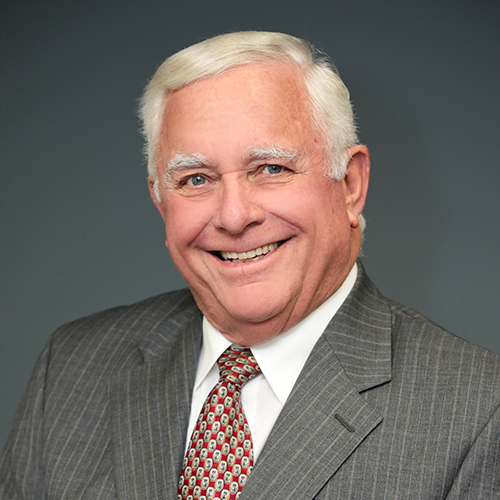 Richard Winkler has represented Charles County on the SMECO Board of Directors since 2006. During that time, he has served on the Policy, Audit and Budget Committee and chaired the Personnel and Benefits Committee.

Prior to becoming a SMECO Board member, he served as the Director of Fiscal and Administrative Services for the Charles County government, retiring after 27 years of service.

Winkler was appointed to the Board of Directors of the University of Maryland Charles Regional Medical Center for nine years, serving as vice chair, secretary/treasurer, Executive Committee member, and chairman of the Finance Committee.

Winkler enlisted in the U.S. Air Force in 1964 and was recalled to active duty in 1969 and 1970. He graduated from Archbishop Neale High School and holds degrees in finance and administration from the College of Southern Maryland and the University of Maryland University College.

Winkler served as Chairman of the Board from August 2013 until September 2018. Since joining the SMECO Board, he has earned both his Credentialed Cooperative Director and the Board Leadership Series-Gold certificates from the National Rural Electric Cooperative Association.